The Cut Out Girl by Bart Van Es #TheCutOutGirl @PenguinRHUK 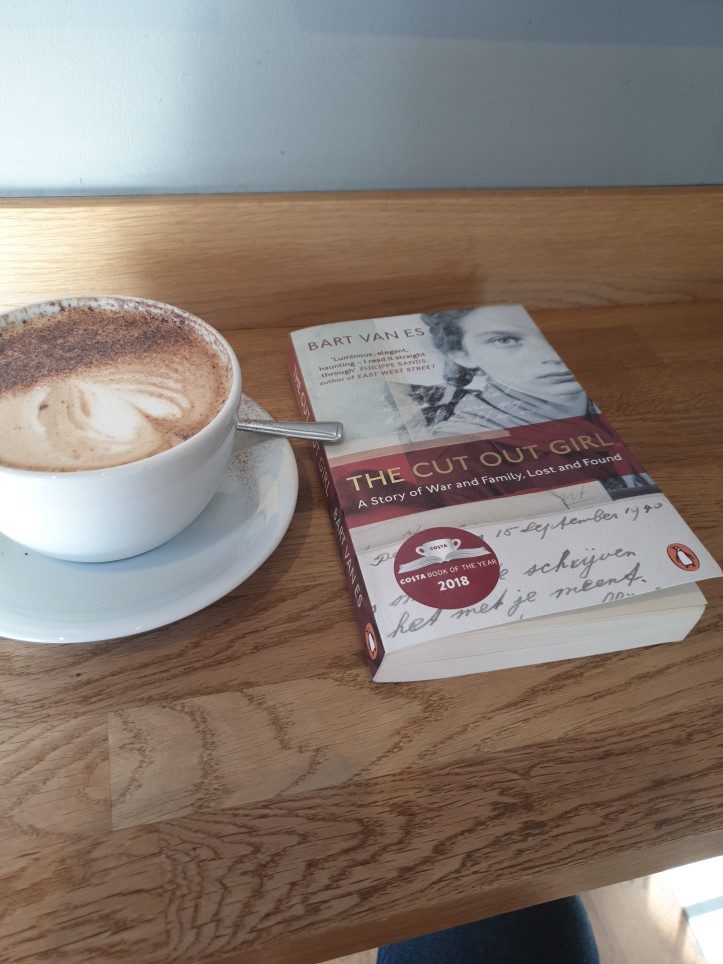 The year is 1942 and Lien is just 8 years old when her mother tells her she has a secret. Lien must go to live somewhere else for a while. World War 2 has broken out and The Netherlands is a dangerous place for Jews. That same day she leaves her family and all that she knows and goes to live with the Van Es family who foster her to keep her safe from the persecutors of the Jewish population. Mr & Mrs Van Es are kind to Lien and she goes from being an only child to suddenly having a brother and two sisters. She misses her previous life but is happy with the Van Es family, makes friends and attends school.

Bart Van Es (who wrote the book) is the grandson of Mr & Mrs Van Es and is aware there was a big falling out between Lien and her foster parents in later life that nobody talks about and Bart sets out to find out what happened and also to learn about Lien’s experiences during WW2 and beyond. He meets with Lien in 2014 and this book is an account of what happened to her during the war and since.

Some of book is told from Lien’s point of view and some of it tells of Bart’s research as he tries to piece together that period of history. The book is terribly sad and although Lien has found peace in later life, she takes a long time to come to terms with how and why she survived when many others didn’t. I found the historical side fascinating and shocking – the Dutch were generally not sympathetic to the plight of the Jews – of the 18,000 Jews who lived in The Hague in 1940, only 2000 survived.

Later in life, Lien marries and has children and keeps in touch with her foster family but a misunderstanding means she is abandoned, and is essentially cut off from the only family she has left. Although the book is harrowing, especially when Lien visits Auschwitz and reads the names of all the people she has lost I think Lien has a sense of peace by the end of the book. It is a brave book – it left me wondering if Bart had alienated other members of his family by writing Lien’s story. It is a harrowing, emotional yet remarkable story and one I would highly recommend to anyone who enjoys historical non-fiction.

This was our March book club read and as we have already discussed it, I can tell you that everyone rated it quite highly and all found it shocking but informative.  We chose it because it had won the Costa Book Award in 2018 and we agreed it was a worthy winner!

Bart van Es is a Professor of English Literature at the University of Oxford and a Fellow of St. Catherine’s College. He is the author of Spenser’s Forms of History, Shakespeare in Company, and Shakespeare’s Comedies. He was born in the Netherlands and now lives with his family in England.